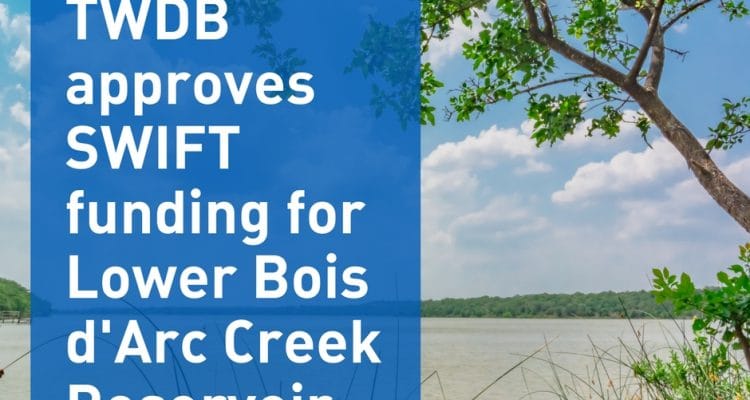 A reservoir project to be built in Fannin County has received a significant financial boost from the Texas Water Development Board (TWDB).

The TWDB Thursday approved by resolution financial assistance in the amount of $677,120,000 from the State Water Implementation Fund for Texas (SWIFT) program to the North Texas Municipal Water District (NTMWD) for the Lower Bois d’Arc Reservoir, which is designed to help provide water for portions of Hunt, Collin, Dallas, Denton, Ellis, Fannin, Kaufman, Rains, and Rockwall counties.

By using the SWIFT program, the district could save approximately $5 million over the life of the $44.65 million loan that they will close on this fall. Additional savings will occur when the district closes on the other portions of the loan.

The NTMWD provides water to more than 1.6 million north Texas residents, including those served by the Caddo Basin and Cash Special Utility Districts in Hunt County. The district also supplies water to residents of Royse City, Farmersville, Josephine, Kaufman, Plano, Fate and Terrell among other locations. The district expects to serve 3.3 million people by 2060.