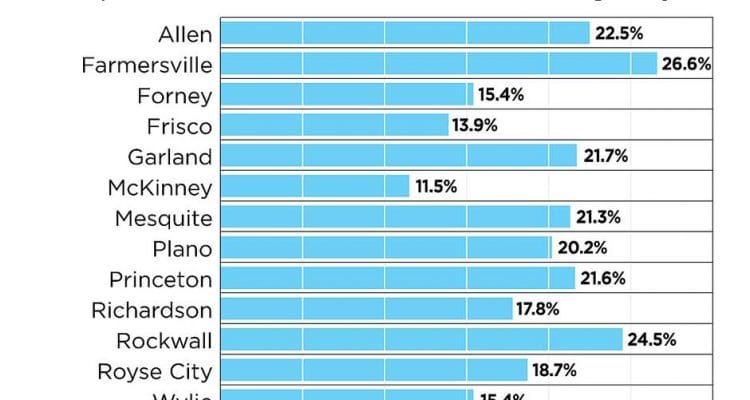 Water levels at Lavon Lake are already more than four feet lower than this point last year, and there’s an extra-hot summer in the forecast. So Tom Kula, executive director of the North Texas Municipal Water District, recently asked the district’s 13 member cities to cut water use 15 to 20 percent.

It turns out that seven of them already had, cutting usage by more than 20 percent since October 2011, when those cities started significant conservation efforts.