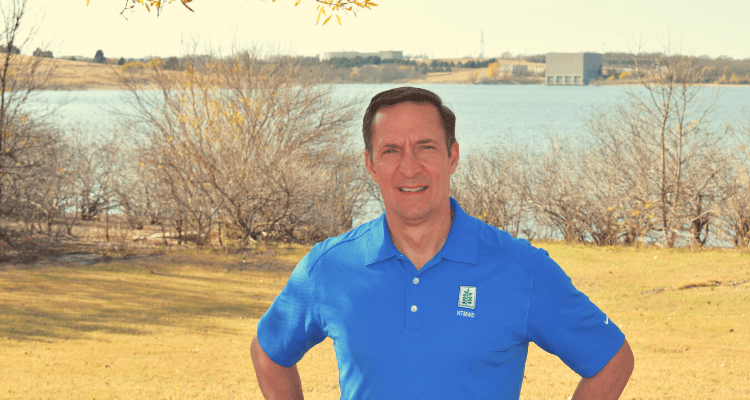 WYLIE, TX – April 17, 2020:  Tom Kula, the Executive Director and General Manager of the North Texas Municipal Water District (NTMWD), announced today that he is retiring when his current contract expires at the end of this month. Kula told the Board of Directors he will support a smooth and orderly transition.

Kula has been Executive Director since May 1, 2014. In his six years heading the regional water district, Kula oversaw major infrastructure and equipment upgrades to the regional water, wastewater and solid waste systems that serve 1.8 million people. The largest project under his watch is the construction of Bois d’Arc Lake in Fannin County, the first major lake to be built in Texas in 30 years. Construction on the project began in May 2018 and is scheduled for completion in 2022. When completed, the $1.6 billion reservoir, pipelines, pump stations and new treatment plant will provide treated drinking water for growing communities across North Texas.

“I am proud of the strong team at NTMWD and important accomplishments we have achieved over the past six years,” said Kula. “I want to thank the Board of Directors, our dedicated staff, officials with Member and Customer Cities, and all the elected officials who have supported our projects and operations during my time here,” Kula added.

Before joining the regional water district, Kula spent 32 years in the United States Army and rose to the rank of Brigadier General. His last assignment with the Army was as Commanding General of the Southwestern Division, U.S. Army Corps of Engineers in Dallas, TX from July 2010 until April 2014.

Don Gordon, President of the NTMWD Board of Directors, expressed appreciation for Kula’s leadership and accomplishments.

“We are better prepared for the population growth in our North Texas service area thanks to Tom’s efforts to maintain and expand our regional systems,” said Board President Gordon. “He has built a strong team and oversaw critical infrastructure and water supply improvements that helped position the District to continue meeting the needs of our communities for decades to come. We thank Tom for his service, and wish him the best,” Gordon added.

The NTMWD Board of Directors, which is made up of appointees from all 13 Member Cities, will now begin determining the process for filling the vacancy and appointing an interim Executive Director.