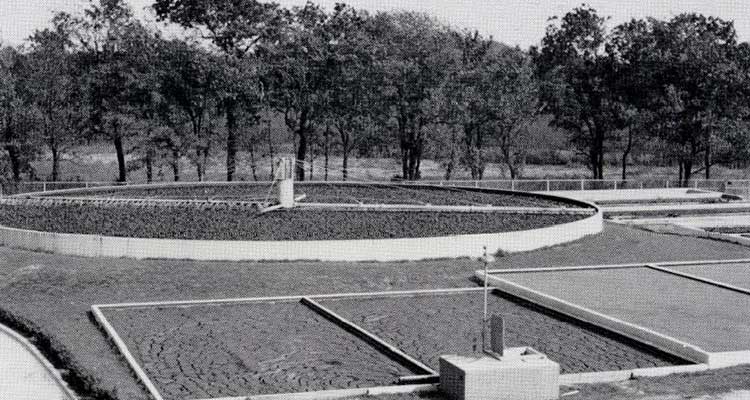 The North Texas Municipal Water District (NTMWD) has a history of regionalism in providing essential services that would be much more costly for many North Texas cities and towns to operate and maintain on their own. At a time when construction is well underway for the newest major water supply reservoir in Texas in more than 30 years, it’s also important to reflect on how our regional approach has helped consolidate and eliminate the need for 18 smaller, less efficient wastewater treatment plants (WWTP) since we began providing the service in 1972.

A feasibility study for a regional wastewater system in North Texas prepared by Forrest & Cotton in the early 1970s indicated among other benefits that a “regional system would cost less to operate and maintain.” The benefits today include the ability of the larger plants to treat the wastewater to higher level of discharge standards thus protecting the environment.

Since NTMWD took over operations of the first wastewater facility in the early 1970s, the Rowlett Creek Wastewater Treatment Plant in Plano, the District has operated 27 wastewater treatment plants. In recent months, NTMWD has been able to decommission one of its smaller plants, Cottonwood WWTP (Frisco), due to the expansion and improvement being completed at the Stewart Creek West WWTP (Frisco). This brings the District’s total number currently in operation to 13. NTMWD has also been instrumental in helping neighboring cities work toward regional solutions, which prevent small “package plants” from popping up in newly developing neighborhoods.

In the southern part of the NTMWD service area, the Buffalo Creek Interceptor System (BCIS) located East of Lake Ray Hubbard serves Rockwall, Heath and Forney. When it went online in 2005, it helped facilitate the closing of four small WWTPs by sending those flows to the regional South Mesquite WWTP. As Rockwall, Heath and Forney continue to develop and grow in population, they recognize regional benefits and have agreed to work together. These cities reached out to the District to plan for future connections into the BCIS, thus preventing an unknown number of package plants. Recently, the three cities of the BCIS have allowed Forney to serve an additional area covering the Devonshire development, again promoting regionalization and preventing the need for a smaller WWTP.

In addition to cities contacting NTMWD to provide regional wastewater services, the District continues to look toward the future as many cities are growing and needing additional services. Much like the feasibility study done almost 50 years ago, the District has evaluated the long-term needs in the northern part of the service area and will address the projected growth in Collin County by 2023 through the planned Sister Grove Regional Water Resource Recovery Facility north of New Hope.

Learn more about our Wastewater System.