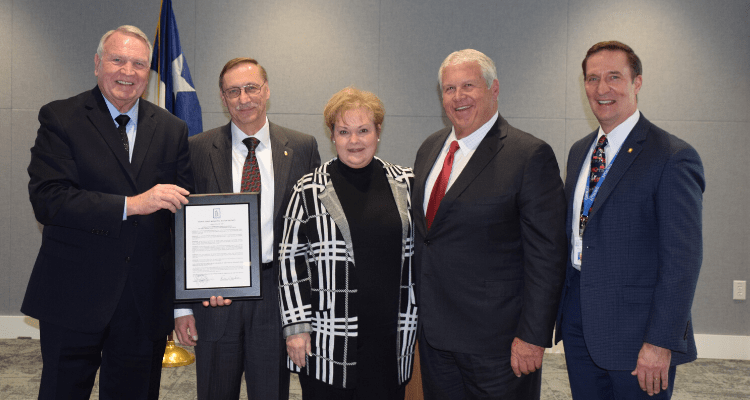 It was early 1982 when a gallon of gas cost 91 cents, the best-selling personal computer was the Commodore 64, and Hall and Oates was on top of the Billboard charts. That February, the San Francisco 49ers were celebrating their first Super Bowl win over the Cincinnati Bengals in Super Bowl XVI, President Ronald Reagan had just completed his first year in office, the first episode of Late Night with David Letterman debuted on NBC, and Joe Stankiewicz started his first day at the North Texas Municipal Water District (NTMWD) as a senior engineer. 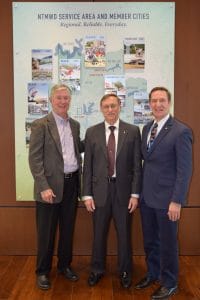 In late 1981, Joe was looking for a change from his job at the U.S. Environmental Protection Agency and responded to a brief classified ad in the Dallas Morning News that simply read: “Civil Engineer position, call Jim Parks at (phone number).” At the time Joe was hired by NTMWD, the District served about 535,000 residents in North Texas with a total workforce of 130 and an engineering team of nine. The NTMWD Board officers that year were President – Marvin Youngblood (Richardson); Vice President – O.L. Steger, Jr. (Rockwall), and Secretary-Treasurer – C. Truett Smith (Wylie).

The District and Joe have witnessed much change in the nearly four decades since that time. Joe shared that one of his first projects was on an incinerator at the Rowlett Creek Regional Wastewater Plant in Plano, and one of the most challenging projects he recalls was the expansion of the Wylie Water Treatment Plant 2. During his tenure, Joe certainly proved to be up to the challenge as his responsibilities increased over the years to larger and more complex programs resulting in significant promotions which included Engineering Officer, Director of Operations, and ultimately the position he holds today as Deputy Director of Engineering and Capital Improvement Programs. He also shared that one of his most enlightening roles was overseeing Operations. This position helped broaden his appreciation of the need to incorporate perspectives from the operators in planning, designing and constructing projects – as eventually all projects are turned over to the operators who actually use the systems every day.

Joe’s leadership has been instrumental in multiple expansions and upgrades on the Wylie water treatment facilities, numerous improvements to the wastewater conveyance and treatment systems, the addition of two solid waste transfer stations and the 121 Regional Disposal Facility, the East Fork Water Reuse project, the Texoma to Wylie pipeline, the Main Stem Pump Station and Pipeline, and Bois d’Arc Lake. He reached the pinnacle of his career in 2019 as the District concluded a historic year implementing its largest annual capital improvement program including nearly 80 active projects valued at almost $2 billion. 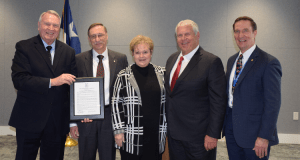 Leaving behind an impressive legacy, Joe Stankiewicz will officially retire on February 1, 2020 after 38 years of dedicated service and leadership at NTMWD which has benefited residents across the North Texas region. The Board of Directors and staff at NTMWD appreciate and recognize his significant contributions to the success of this organization and the communities served.

Cesar Baptista, current Assistant Deputy for Engineering, has been selected as the District’s new Deputy Director. Cesar came to NTMWD five years ago with over 30 years of experience in water and wastewater utilities work at the City of Dallas. While at the District, Cesar has been instrumental in developing the engineering processes and procedures necessary for executing the large capital program required to expand and improve systems that are critical for our thriving region.

Cesar and Joe are two examples of the dedicated and talented individuals who advance the vital and historic projects at NTMWD.

Read the official resolution recognizing the legacy of service by Joe Stankiewicz.