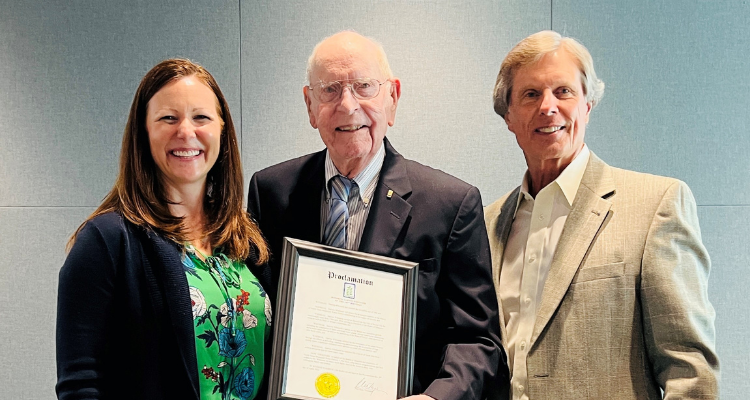 At the NTMWD Board of Directors Meeting held on April 28, 2022, the Board took time to celebrate a milestone for one of its former, long-serving Directors – Darwin Whiteside who recently reached the age of 100.

Director Whiteside represented the City of Royse City for twenty-eight years from 1988 until 2016, serving as President of the Board of Directors twice as well as Chair of several committees. Whiteside’s tenure on the Board saw incredible population growth, the construction of three additional water plants, several wastewater expansions, and a water reuse plant as well as the permitting for Bois d’Arc Lake, the first new reservoir in Texas for over thirty years.

Director Whiteside was presented with a proclamation and given a standing ovation by his successors on the Board for his years of dedication to the betterment of the North Texas region through his service. 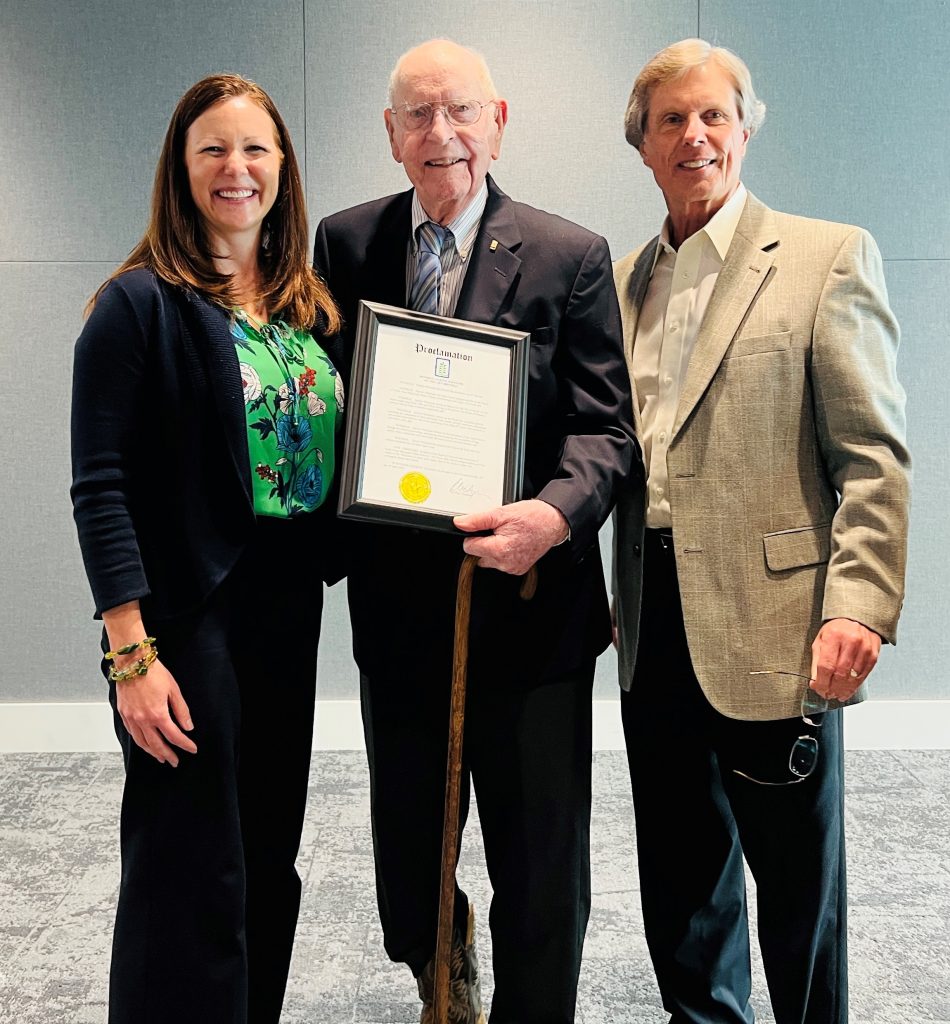