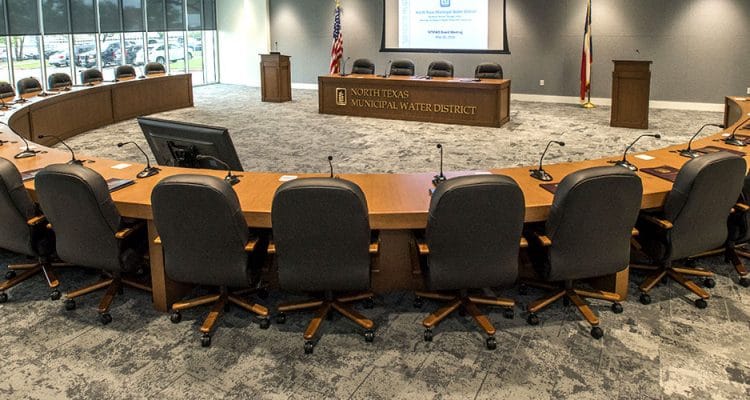 At their March 28, 2022 City Council Meeting, the City of Princeton appointed Larry Thompson and Jody Sutherland to the NTMWD Board of Directors. Both Directors were appointed to fill vacant positions on the Board representing Princeton and have taken their Oaths of Office to begin serving immediately.

Until retirement after forty years with Raytheon, Larry Thompson served on the Raytheon Senior Information Technology Leadership Team as Director of Solutions Engineering and Enterprise Architecture. He led the development of the company’s cloud architecture and was responsible for the design of the enterprise solutions to achieve process improvement and automation.

Following years residing in Washington D.C.; Anchorage, Alaska; and Honolulu, Hawaii; Mr. Sutherland returned home to North Texas in 2003. Throughout his career, Mr. Sutherland has worked as lead counsel with cases/various matters in Alaska, Hawaii, Washington (state) Washington D.C., Massachusetts and other areas. He has also served with the Senate Intelligence Committee and the Alaska House of Representatives staff in charge of Committee on Health, Education and Social Services.

Both Directors were in attendance at their first official NTMWD Board of Directors Meeting on Thursday, April 28, 2022.