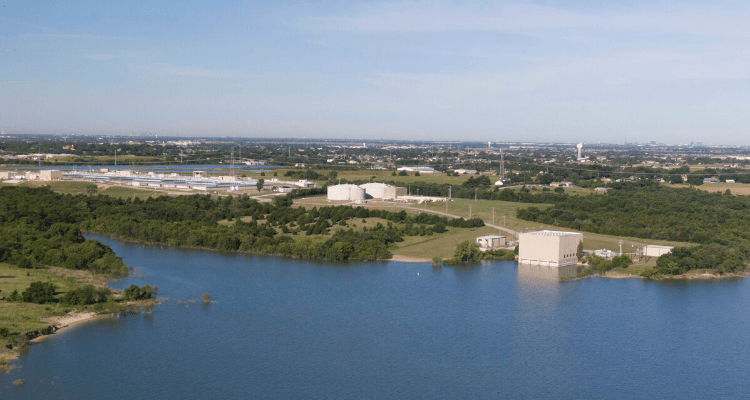 As partners in the regional water system, each city served by NTMWD pays a share of those system costs. Cities are not simply paying for water from the tap. They are paying for the infrastructure built to serve each community’s needs.

In late 2016, four of our Member Cities – Garland, Mesquite, Plano and Richardson – filed an appeal with the Texas Public Utility Commission (PUC) requesting a review of the NTMWD Member City contract structure and rate methodology. These four cities contend that due to conservation, they no longer need the same capacity that was built to serve them during their highest year of water consumption. The 13 NTMWD Member Cities all agreed to the current contract structure for sharing the system costs and any change in that contract to reduce the shares of the four cities who filed the appeal means their partner cities will have to pay a greater share. Over the past few years, NTMWD has encouraged and supported over a dozen meetings between the Member Cities, yet representatives of the 13 cities have been unable to agree on a new cost-sharing method.

The PUC indicated at its meeting on Feb. 27 that it will issue an order requiring NTMWD to proceed to a cost-of-service phase to analyze the rate that was charged in 2017.

Below is the statement released by NTMWD Executive Director Tom Kula following the PUC decision:

“The North Texas Municipal Water District (NTMWD) looks forward to providing information about the current contract cost-sharing method and related wholesale rate structure in the next phase of this case. The 13 Member Cities are partners in the regional water system and share those costs based on the contract structure all agreed to in 1988. We remain focused on the business of providing safe, reliable drinking water for the 1.8 million customers served by NTMWD. We’ll also continue our focus on keeping rates as low as possible while addressing the challenges and need for new projects for aging infrastructure, changing regulations and growing communities.  We were created by our Member Cities and remain open to supporting any requests for changes. This has been a long process and we’re committed to doing our part to strengthen partnerships with our cities to serve the needs of our region.”

NTMWD will continue to work cooperatively with all the cities that rely on the regional systems we operate as we attempt to achieve resolution on this matter.