As the Assistant Deputy – Maintenance, Dave Patton oversees all aspects of the Technical and Facilities Services Division in support of the District’s maintenance and asset management programs, leading a staff of more than 160 team members and managing an annual budget of $26.5 million. Dave and his team are responsible for the daily maintenance operations and emergency repairs. He also ensures proper training of our maintenance personnel across all departments and that the team provides the most efficient and responsive service for our maintenance needs. He works closely with our operating divisions to ensure continuity of services across all the NTMWD regional systems.

Prior to joining the NTMWD in July 2015, Dave Patton served in the Army for 23 years reaching the rank of Lieutenant Colonel and in his last assignment served as Deputy Commander of the Memphis District, U.S. Army Corps of Engineers in Memphis, TN from July 2012 until April 2015.  His previous military assignments included assignments in Korea; at Ft Hood, TX, Ft Carson, CO, at the National Training Center in Ft Irwin, CA, the Mission Command Training Center at Ft Leavenworth, KS, and combat deployments in support of Operation Iraqi Freedom in Iraq.  In his final assignment as Deputy Commander of the Memphis District, US Army Corps of Engineers, he was responsible for flood risk management, navigation, environmental stewardship, and emergency operations and other authorized civil works for a 25,000-square-mile area in six states of the Lower Mississippi Valley. He assisted the Chief Executive Officer execute civil works program planning, operations, and maintenance along 610 miles of the Mississippi and White Rivers and ten inland harbors.  He was recognized as a member of the United States Army Corps of Engineers Project Delivery Team of the Year (2013) for recovery operations in support of Hurricane Sandy. Dave returned home to North Texas and carried his passion for serving and for water from his work with the Army and the Corps over to his position with North Texas Municipal Water District.

Dave was born and raised in Garland, TX.  He was commissioned a Second Lieutenant in the Corps of Engineers and awarded a Bachelor of Science in Civil Engineering upon graduation from Texas A&M University in 1992. 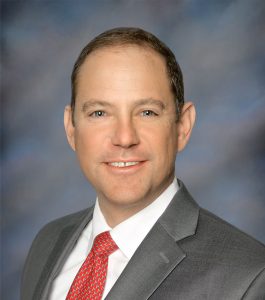