As the Assistant Deputy – Capital Improvement Program (CIP) and Planning, R.J. Muraski oversees all aspects of the NTMWD CIP consisting of planning, engineering and construction, along with Permitting and Master Planning for the District – an annual program budget of more than $700 million.  Along with the Planning Program Manager and Permitting Manager, he helps develop capital program priorities and procedures, lead and supervise planning and permitting professionals along with technical staff to achieve District goals. He works closely with the water, wastewater, and solid waste operating divisions and engineering staff to identify, define, and implement capital projects.  Additionally, he communicates and collaborates with senior personnel from member and customer cities and other agencies to plan for future needs.

R.J. was born and raised in Kansas City, MO.  A 28-year U.S. Army veteran, Colonel Muraski served as Deputy Commander for the Southwestern Division, U.S. Army Corps of Engineers in Dallas, TX from June 2012 until July 2015 prior to joining the NTMWD team. His previous military assignments included the 25th Infantry Division in Hawaii, the 4th Infantry Division both in Fort Carson CO and Fort Hood TX, the National Geospatial Intelligence Agency, the Pentagon,  deployment to Haiti in support of Operation Uphold Democracy and a combat deployment to Iraq in support of Operation Iraqi Freedom.  He also served as Commander for the Fort Worth District of the U.S. Army Corps of Engineers from July 2009 to June 2012 where he was responsible for 25 reservoirs and a civil works program focused on flood risk management, ecosystem restoration, water supply, recreation, fish and wildlife mitigation, hydropower and environmental stewardship. Under the Military Program, he supported 16 Army and Air Force installations and other military customers throughout NM, LA, and TX.  He oversaw more than 1200 employees in engineering, construction and operations, as well as an annual budget in excess of $800 million.

R.J. is a member of the Society of American Military Engineers and is a certified Project Management Professional. He carried his passion for service and water resources from his service in the Army and the Corps of Engineers to his role at the NTMWD. 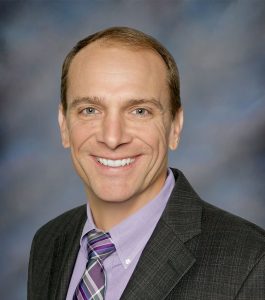