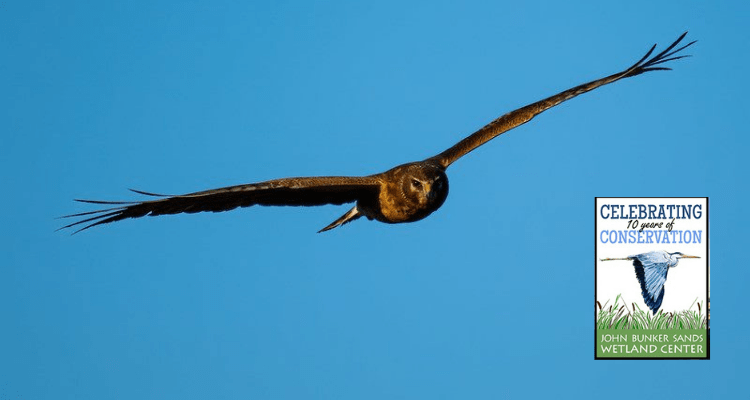 John Bunker Sands was a life-long conservationist with a dream to restore thousands of acres of his family’s land to wetlands. And, in the early 2000s, the North Texas Municipal Water District’s service area was experiencing a population boom and... more

In advance of the month-long focus on the benefits natural and constructed wetlands, the NTMWD Board of Directors will hold their regular monthly meeting at the John Bunker Sands Wetland Center on Thursday, April 25. American Wetlands Month was created... more

The May edition of News Stream kicks off Drinking Water Week, May 6-12, with a recap of our recent Lavon Lake Watershed Tour that showed participants how we work together to Protect the Source.  National Infrastructure Week, May 14-21 reminds... more

The Christmas Bird Count is Friday, December 30, 2016 at the John Bunker Sands Wetland Center and Trinity River Audubon Center. Assist with the largest ongoing citizen science project in the nation. Volunteer to count birds from sunup-sundown with the... more

Will You Go Out With Me? The John Bunker Sands Wetland Center is joining the #optoutside movement started by REI! Instead of shopping inside the day after Thanksgiving, join us outside at the JBS Wetland Center for bird watching, hiking... more