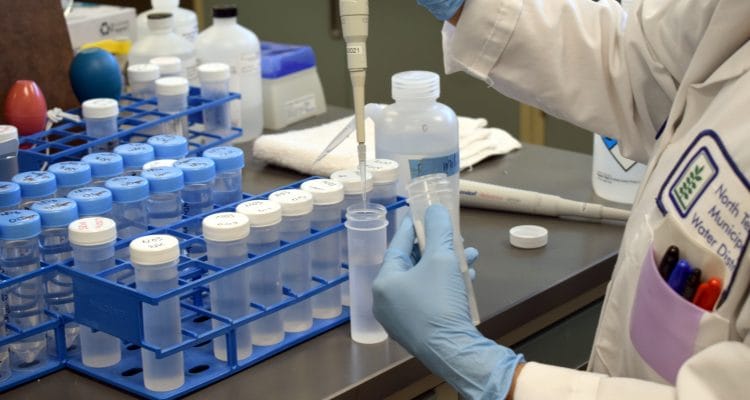 The notice involved a plant that is closed for maintenance and renovations.

Officials with the Texas Commission on Environmental Quality (TCEQ) have notified the North Texas Municipal Water District (NTMWD) that a violation posted online on Wednesday is being rescinded.  The violation, cited by environmental activist Erin Brockovich during an appearance in Frisco Thursday, was for failing to conduct water samples at the district’s original water treatment plant in Wylie last year. That plant has been closed for renovations since January 2017 and is not producing water. According to a TCEQ statement sent to NTMWD, no tests are necessary on a plant that is not in operation.

“On April 6, the TCEQ was notified that entry point EP001 (treatment plant number 1) at the NTMWD Wylie Water Treatment Plant public water system was removed from production status in January 2017 for construction. The TCEQ received documentation confirming that the entry point EP001 has been inactive since January 2017, and no water from this entry point entered the distribution system from that time to the present. Monitoring or sampling is not required at inactive/off-line facilities. Therefore, the TCEQ has rescinded the 2017 chemical monitoring violations for NTMWD Wylie Water Treatment Plant’s EP001 entry point.” (View the full emailed statement.)

Another issue raised by the Safer Water North Texas group involves an open records request made to NTMWD. The district released 8,833 pages of requested documents on Wednesday but the group leaders announced they had difficulty opening some of the files. The district’s records manager is working with the group to resolve the issues and make sure they have full access to the documents provided.

The citizen group also questioned redacted communications between district officials and its attorney’s with the district’s Austin law firm.  As a normal practice, any correspondence with attorneys is protected under attorney-client privilege.  No data related to water samples was withheld.  The privileged materials will be turned over to the Texas Attorney General’s office for review.

“We remain committed to engaging and listening to the people we serve,” stated Tom Kula, NTMWD Executive Director. “We will continue to provide reliable and factual information regarding the safety of our drinking water supply.”

Facts about NTMWD water quality are posted on www.NTMWD.com.