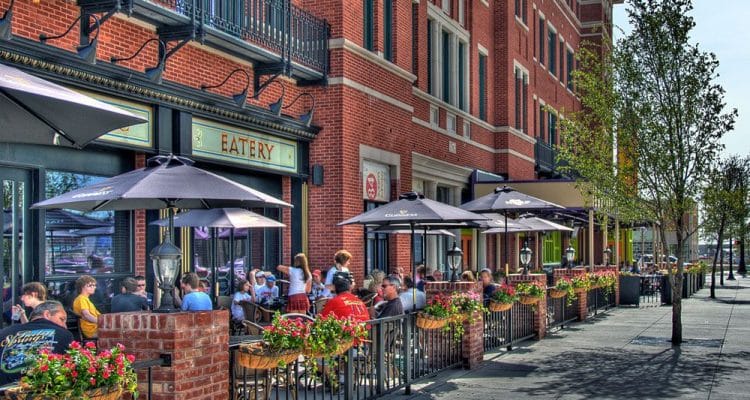 Everyone really is moving to Texas. The Lone Star State dominated the most recent United States Census Bureau’s list of the fastest growing cities in America (measured by population from July 2015 to July 2016). Of the Top 15 cities, 10 are southern, and six of those 10 are in Texas.

Conroe —and not its more publicized neighbor, The Woodlands — nabbed the top spot with its population growing by 7.8 percent in a year. North Texas snagged the next two spots with Frisco recording a 6.2 percent population growth and McKinney growing 5.9 percent.

Both Collin County cities, often relegated to Dallas’ shadow on the national stage, have surged thanks largely to the influx of corporations making the two cities their home.

Frisco mayor Jeff Cheney says a lot of these corporations are relocating to Texas for the business friendly climate, access to employees and the high quality of life. Where once companies gravitated to towers in downtown city centers, that’s now shifted outward.

“Companies are now looking to locate in mixed-use environments with dynamic experiences where there’s a true work, live, play concept.”

Of course, even the Dallas Cowboys have moved their headquarters to Frisco. Growth does not get any more high profile than that.

McKinney’s city manager Paul Grimes compares the North Texas boom to a similar one in Orange County, California during the 1980s and 1990s.

“Companies are locating here because there’s a lot of young people and talent,” Gromes says. “And they, obviously, want to be where the talent is. Of course, the tax climate and the attractive business climate is a main draw, but being in a place where you have access to talent is also very, very important.”

Money Magazine naming McKinney the No. 1 Place to Live in America in 2014 did not hurt either.

This flood of people and businesses doesn’t daunt the two North Texas officials.

“There’s a lot of growth still happening. We’re really only about 55 percent developed. We still have a lot of blank canvas — a lot of projects on the board,” Cheney says. “Almost every piece of property in Frisco has somebody actively looking at it. That’s how hot Frisco is right now.”

Similarly over in McKinney, Grimes said there are parts of the city just waiting to be developed.

“We’ve got land and we’re only half built out,” he says. “We have an entire northwest sector north of US Highway 380, which is pretty rural right now, and a good portion of it will ultimately be developed.”

But with all this growth — both current and future — neither city wants to sacrifice its essence for meaningless expansion.

Cheney indicates that Frisco could pounce on any opportunities quickly, but also wait for things that would be right for Frisco.

“One thing that’s always been great about the city of Frisco is we have been able to move quickly when opportunities present themselves,” he says. “That does give us unique advantages while we’re trying to attract different businesses, organizations or opportunities.

“We’ll always seek out the right types of opportunities and jump on them, but we’re also willing to be patient if the right opportunity isn’t there.”

Likewise, Grimes contends this type of growth mostly happens to a city rather than as a result of a city officials’ planning.

“I’d love to say we planned for it, but it probably happens more than it’s planned for,” he says. “I don’t know that anybody really plans for this kind of über growth. But we want to grow purposefully. McKinney is a high quality community, and we want to keep it that way.

“That’s the challenge: how do we manage this kind of über growth yet still try to preserve the character of the community? That will continue to be the challenge for this next generation as McKinney continues to grow out.”