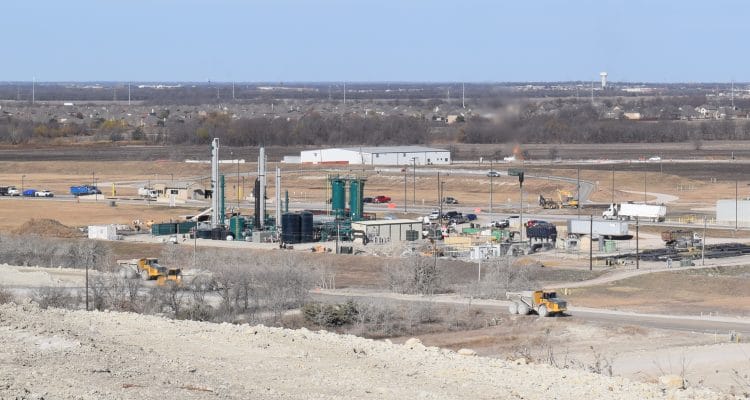 “We are burning money, and it’s very painful,” said the president of Morrow Renewables, which started the final phase of testing earlier this month at the landfill’s new gas-to-energy plant. The plant became operational on Dec. 15.

The flare burns off the gas generated by the decomposing solid waste at the landfill. It also helps control landfill odors. But with Morrow’s help, that waste stream will now be a revenue stream.

The plant converts landfill gas into renewable natural gas, which will be fed into a pipeline for use at vehicle fueling stations. The technology has been around for some time, but it wasn’t until recently that the Collin County landfill produced enough gas to make the project financially feasible.

Landfill gas consists of about 57 percent methane, 42 percent carbon dioxide and 1 percent nitrogen along with other trace components. Morrow Renewables uses a patented process that recovers more than 96 percent of the methane from the landfill.

“We are taking a liability — methane emissions — and turning it into an asset: natural gas,” Morrow said.

That’s good news because methane is a greenhouse gas that’s 20 to 25 times more harmful to the atmosphere than carbon dioxide. The amount that will be harvested annually at the Melissa landfill is the equivalent of the carbon dioxide emissions from 29.6 million gallons of gasoline. 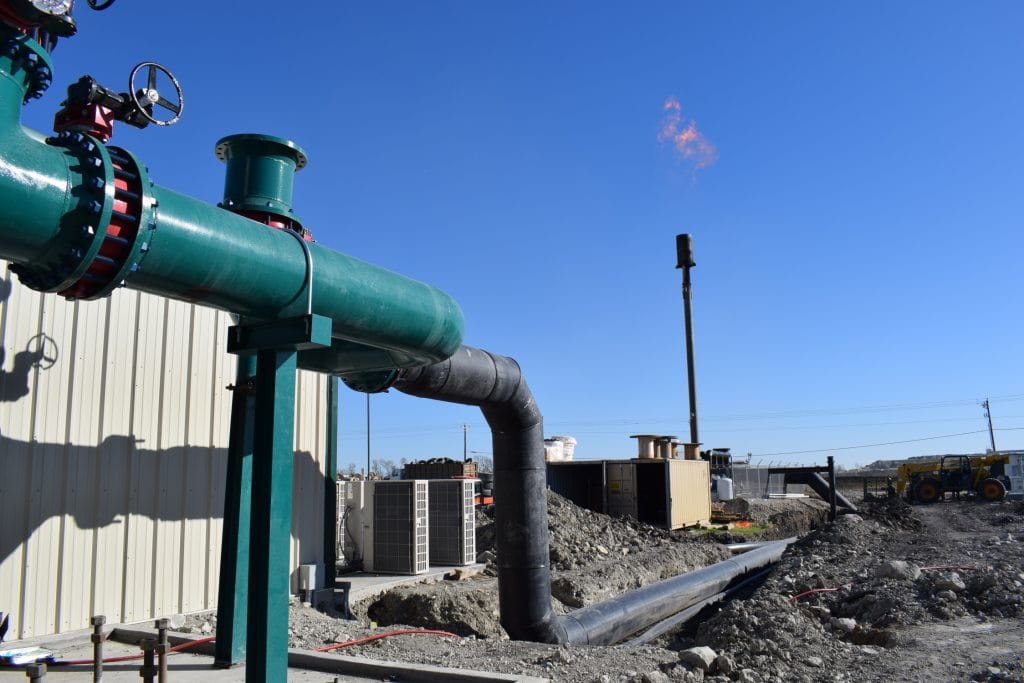 The North Texas Municipal Water District, which operates the landfill, put the project out for bid in 2015. Midland-based Morrow Renewables was awarded the contract last year.

The company, which is owned by Morrow and his brother, Paul, put up the money to build the plant on nearly 2 acres just inside the landfill’s entrance off State Highway 121. It also had to secure about 5.5 miles of right of way to connect the plant to the Atmos natural gas pipeline.

Morrow Renewables handles the plant’s operations. The water district will earn royalties based on the amount of renewable natural gas produced from the landfill.

Initial estimates put the royalties at $500,000 a year. The amount will increase as the plant’s production grows. The district plans to use the royalties to offset operational costs for the landfill.

During the fiscal year that ended in August, the landfill accepted nearly 1 million tons of solid waste from the cities of Allen, Frisco, McKinney, Plano and Richardson as well as private contractors throughout the county and elsewhere.

The landfill has 89 wells that use a vacuum system to extract the gas from the landfill. Another 75 or so wells will be added next year, increasing production levels by about 32 percent.

Based on current estimates, the landfill will last another 40 years. The production of renewable natural gas is expected to continue for several decades after the landfill’s closing.

Texas leads the nation in renewable natural gas plants at landfills. Morrow Renewables has designed, built and operated six of the state’s eight gas-to-energy plants. Several more are in the planning stages.

And that’s good for the environment.

“As our production increases, so will the equivalent offset of emissions,” Mayfield said.